How to Clean Genesis II Burners

Burner tubes are the engine of any gas grill, and just like the engine of your car it’s important to take care of them to make sure that your grill works well and is safe to use.

When we launched our line of Genesis II and Genesis II LX models we introduced a brand new burner design that was a bit of departure from the design used on all of our other models going back to the first Genesis grill made in 1985.

The older burner tube design featured tubular shaped burners with portholes that were flush with the surface of the burner. Some models featured crossover ignition technology, which was a setup with a small “crossover tube” that linked the burners together. Other models did not come with the crossover tube, but aside from that the burners on all models were more or less the same. 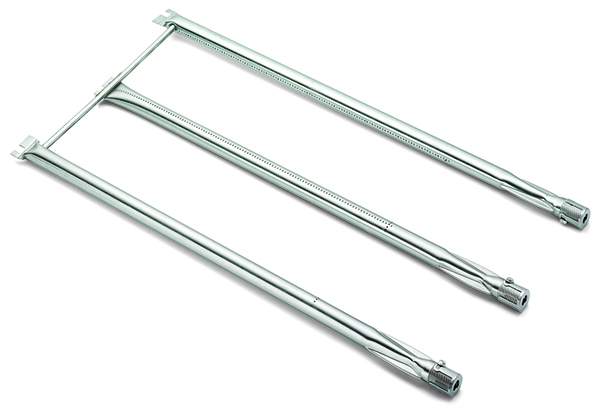 The new Genesis II and Genesis II LX burners are rectangular in shape. To help promote an even flame pattern, they are tapered, meaning that the end of the burner at the front of the grill is a bit larger than the end of the burner at the back of the grill. They also have portholes that are raised up along the upper surface of each burner to help reduce the chances of them getting clogged. 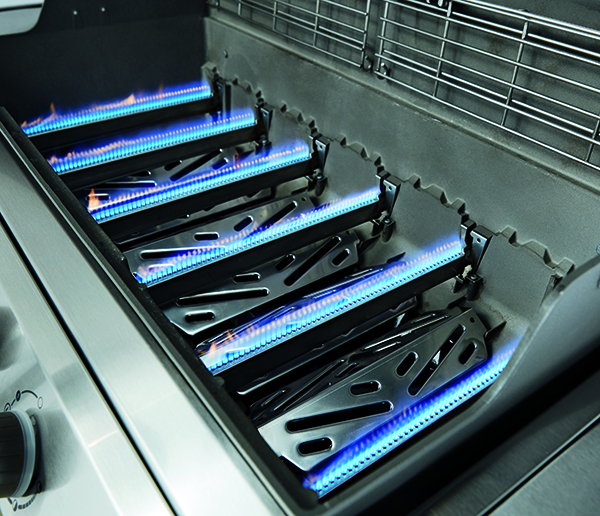 Even though the new burner design is meant to keep the burners from getting clogged it’s still important to make sure that you’re properly maintaining them.

There are two main areas of the burners that are important to keep clean to provide the most even heat possible and to help them last a long time.

1. The first area is the portholes.

Use a clean, stainless steel bristle brush to clean the outside of the burners by brushing across the portholes, as seen in the image below.

When you’re brushing the burners, make sure to avoid hitting the igniter electrodes at the base of each burner to avoid damaging them. 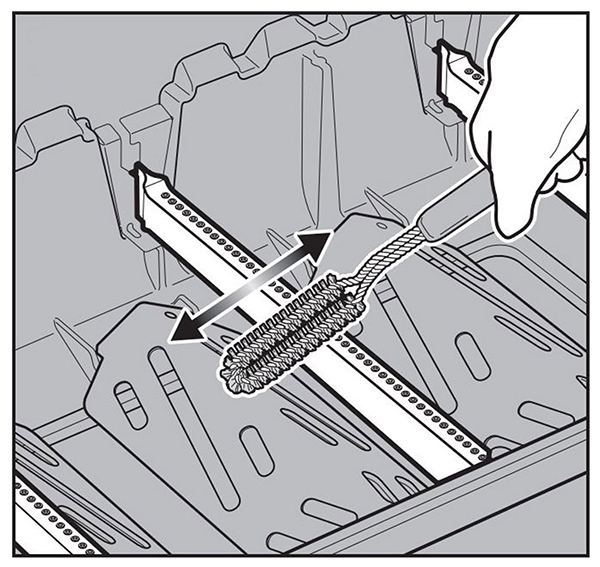 2. The second area of the burners to focus on are the spider/insect screens (also known as air shutters) on the end of each burner, underneath the control panel. Use a soft bristle brush to clean them off. Something like an old toothbrush works well. 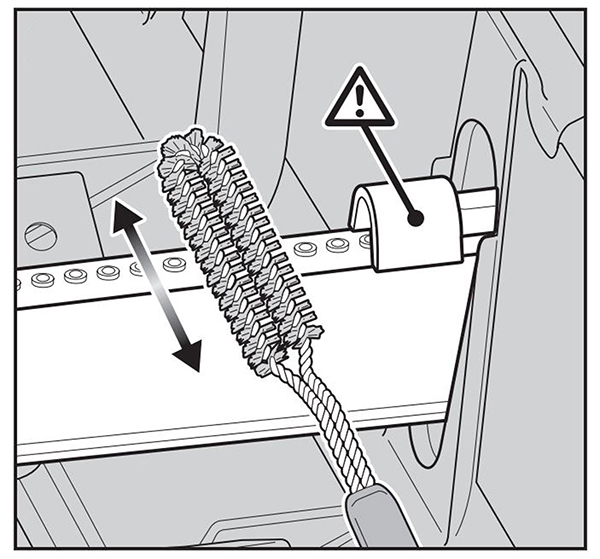 Here are a few other helpful tips to keep in mind when cleaning your burners.
1. Always make sure a grill is completely cool before beginning to clean it

2. When cleaning your burners, never use the same brush that you use to clean your cooking grates or Flavorizer Bars. Otherwise, you’ll be likely to transfer over grease from those parts to the burners.

3.  Never use sharp objects, like pins or nails, to try and clean the burner portholes.

4. It’s advisable to wear gloves when cleaning the grill.

New Tools to Keep Your Grill Clean
by: Kevin Kolman

Why Does My Summit Gas Grill Have Such Big Flames?
by: John Burns