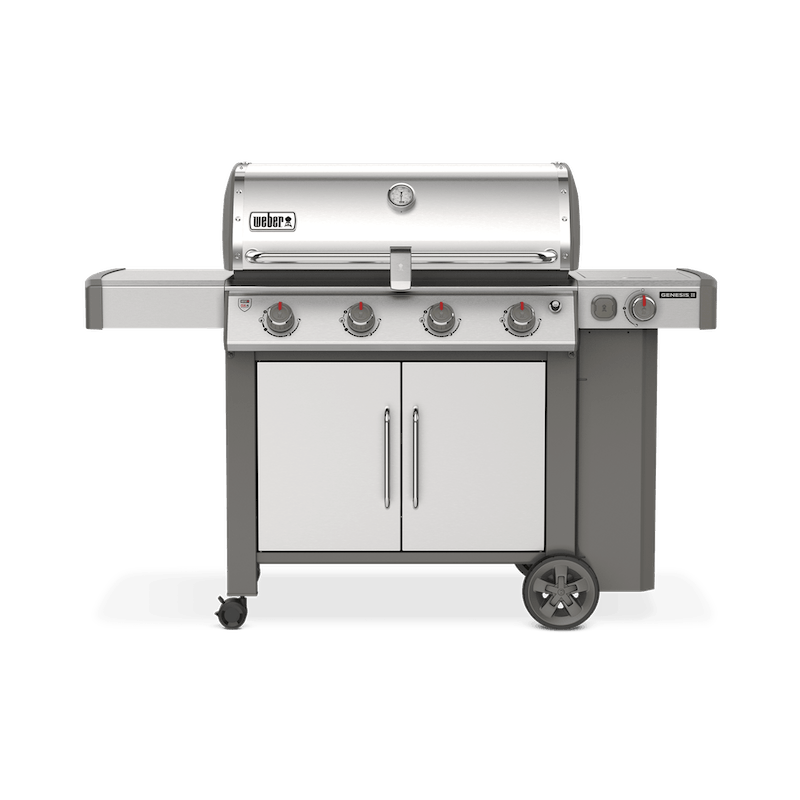 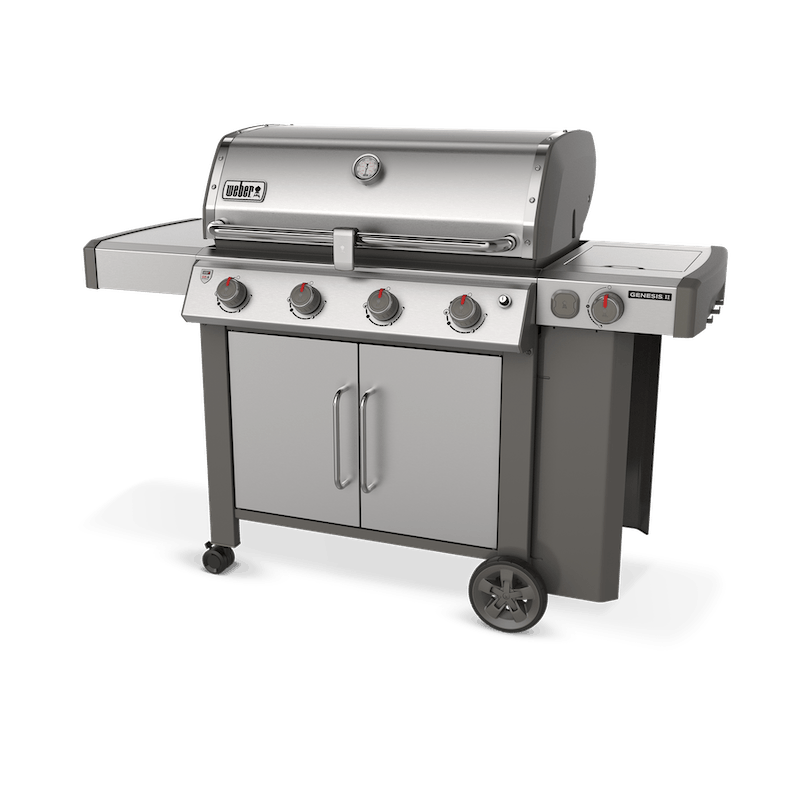 Select this option if you would like your barbecue to be delivered and built by our expert Weber technicians. If selected, the technician will contact you within 2-3 working days to arrange a suitable time to deliver and assemble the barbecue.
information icon

Select this option if you would like your barbecue to be delivered and built by our expert Weber technicians. If selected, the technician will contact you within 2-3 working days to arrange a suitable time to deliver and assemble the barbecue.

This is a product list banner carousel. Use Next and Previous buttons to navigate, or jump to a slide using the slide dots.

Side Tables with Integrated Tool Hooks

Use the side tables to keep platters, seasonings and tools within arm’s reach. Hang your essential barbecuing tools on the hooks for easy access and organisation of your backyard workspace.

The easy-to-read fuel gauge located next to the gas bottle lets you see how much fuel is left in the bottle.

The iGrill 3 app-connected thermometer monitors food from beginning to end, displaying the real-time temperature on your mobile device.

The stainless steel lid retains heat, and the high-quality material protects your barbecue from the elements.

Keeps food warm, or toasts buns, while the main course finishes cooking on the grill. Fold it down when not in use for easy storage.

Add to the Experience

The Possibilities Are Endless With Our Top Recipes

Register your barbecue and gain quick and easy access to manuals, replacement parts and warranty.

In need of a new part for your barbecue? Search your schematic for all parts.

View the warranty details for your barbecue. We've got you covered.